Yesterday was a great day for CircleMe as we were featured on Smashing Magazine and won the Appcircus London edition, which qualifies us for the Mobile Premier Awards taking place in Barcelona during the Mobile World Congress 2013!

We are featured on Smashing Magazine

Yesterday afternoon we found out that we were featured by the popular (probably the most popular!) graphic design blog Smashingmagazine as an example of good design: 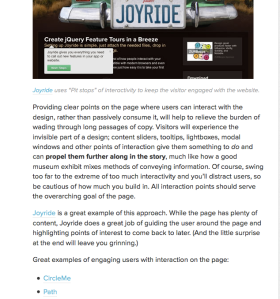 We won the Appcircus London edition

Later on, our founder Erik Lumer was presenting our CircleMe app at the AppCircus, taking place in the Google Campus London. We were one of the lucky 10 Apps that were pre-selected and we were lucky enough to take the first place, which made us the best app in London according to AppCircus’ judges!

Erik only had few minutes, but we recorded this (rather “shaky”) video in case you were curious to check it out!

There were some amazing apps presenting. These were the 10 apps selected by the judges:

CircleMe is the social network that connects you to the things you love and to people around the world who share your interests. Demo video

Pilot Uni PPL is the app that makes you a real pilot. Pilot Uni interactively walks you through all essential scenarios needed to fly a  small aircraft.Demo Video

The app assesses your vision through a series of simple tests tailored by professional opticians and makes recommendations based on your results. More info here

Explore the Curzon Cinema for memories, from snogging in the back row, to the bomb that exploded outside the front entrance in 1941, to celebrate their centenary this year. Videohere

Shhmooze helps you make smart connections so you can have fantastic face-to-face meetings. Video here

A Midsummer Night’s Dream follows the plot of the original play closely but with a short rhyming text. Fully interactive, illustrations, lots of puzzles and riddles, bilingual English/Spanish, voice recording and much more…

Learn the words: Animals is developed under the educational concept of ‘learning by doing’ with the purpose to encouraging a creative play. More here

Read. Write. Share. Movellas is a social community platform for young readers and writers. Movellas works on  iOS and Android, with 1000s of free stories to be discovered. Watch the video here

So overall, it was a great day which motivates us to keep on working hard on CircleMe! Hopefully more blog entries like this coming soon 🙂